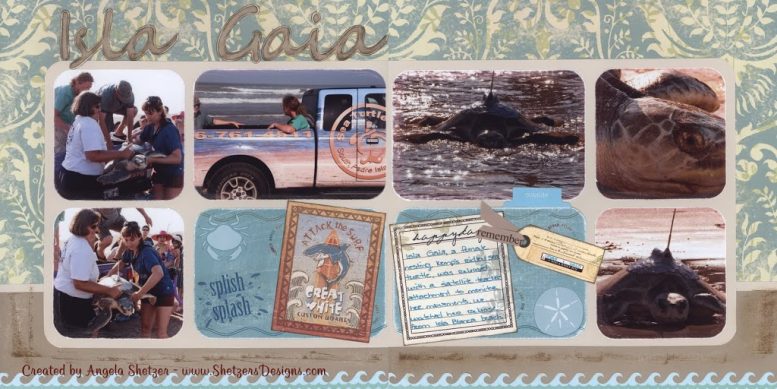 JOURNALING: Isla Gaia, a female nesting Kemp’s Ridley sea turtle was released with a satellite tracker attachment to monitor her movements. We watched her release from Isla Blanca beach.

TECHNIQUE TIP: OK, so I broke my own rule about having white edges exposed on my photographs. Here I actually decided to make the white edges stand out on my photos by taking a piece of sandpaper from my wonderful hubby’s toolbox and sanding the edges of my photos to leave a nice textured white edge that helps them stand out from the beige background that I chose to mat them on. This technique works well when you have mostly dark photos such as I have here to give an added separation from the background without adding paper and bulk with matting. 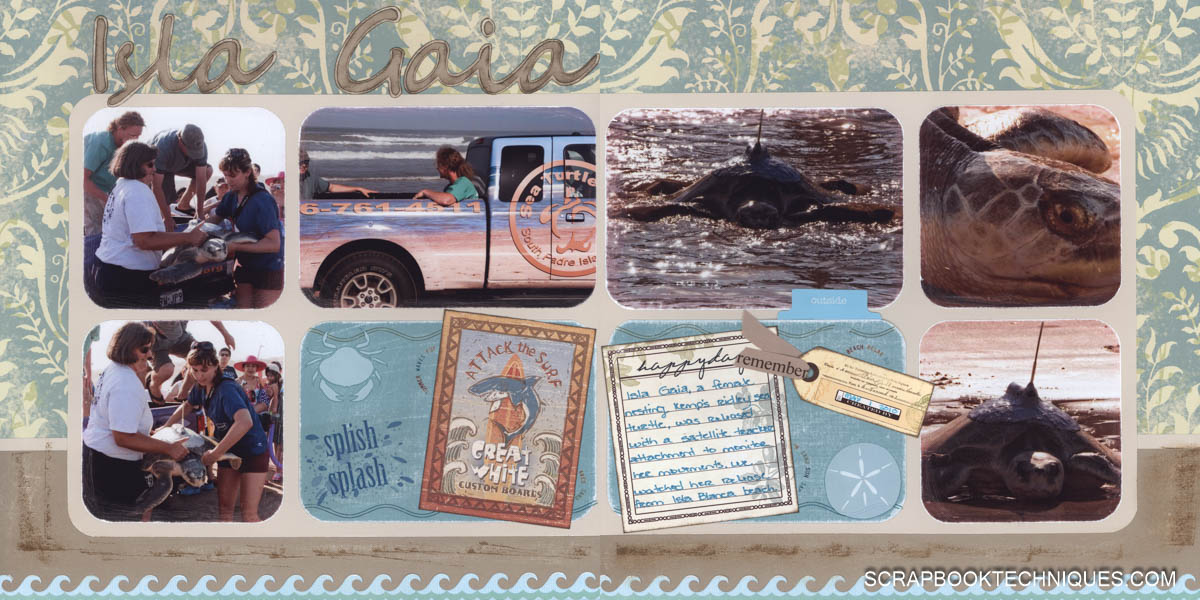 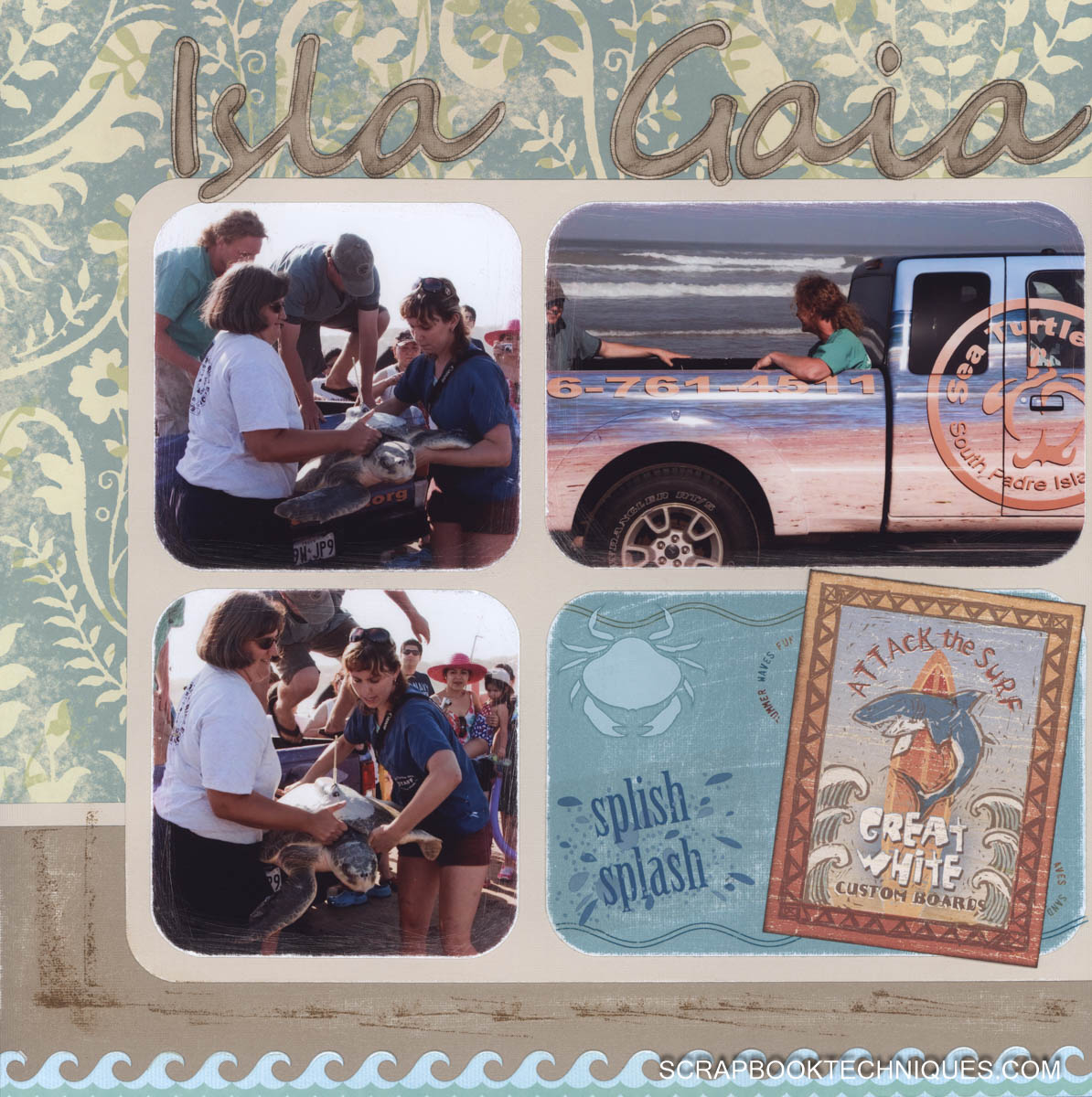 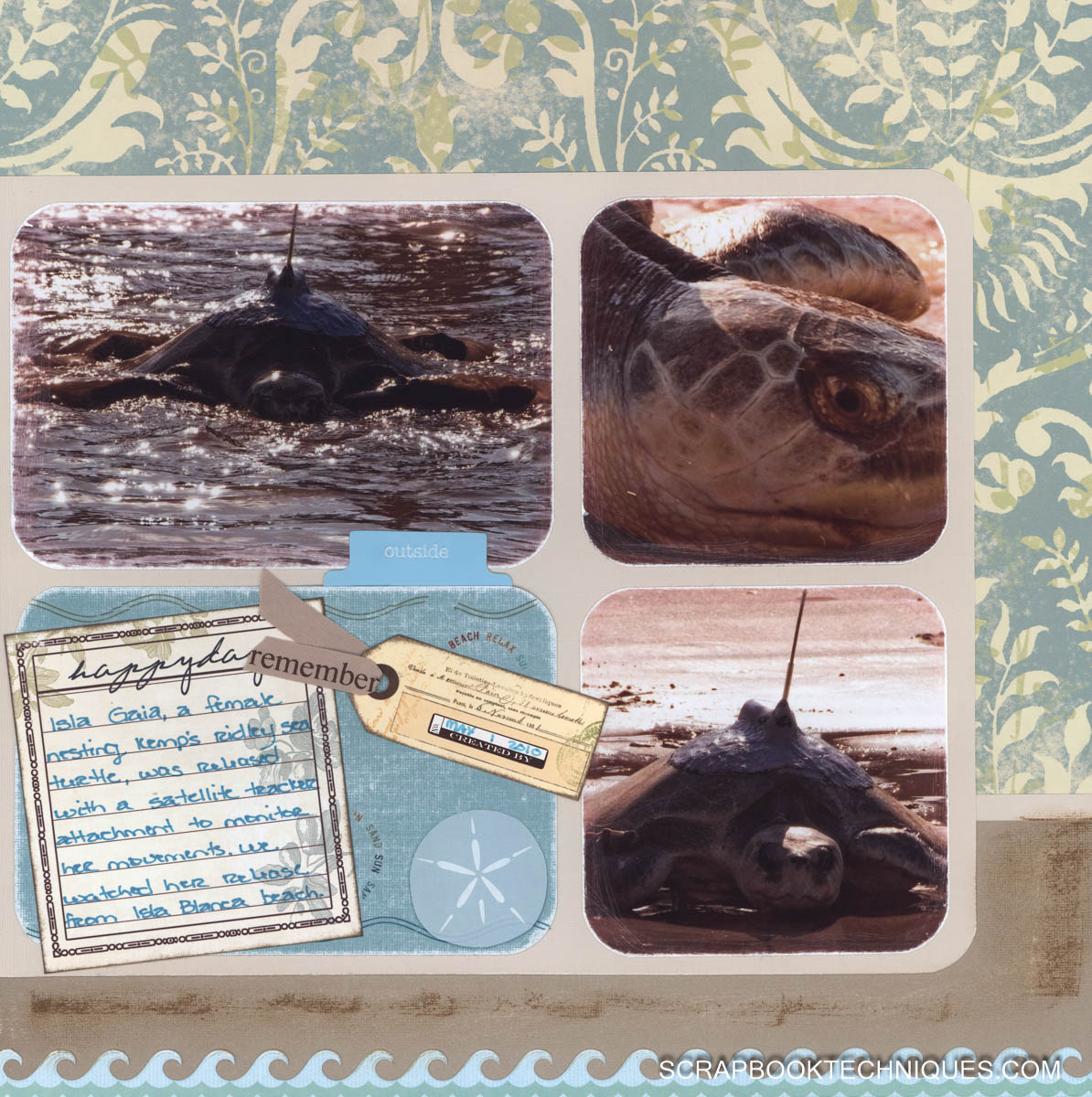 Register for our Classes:

Don't forget to check out our store Dismiss